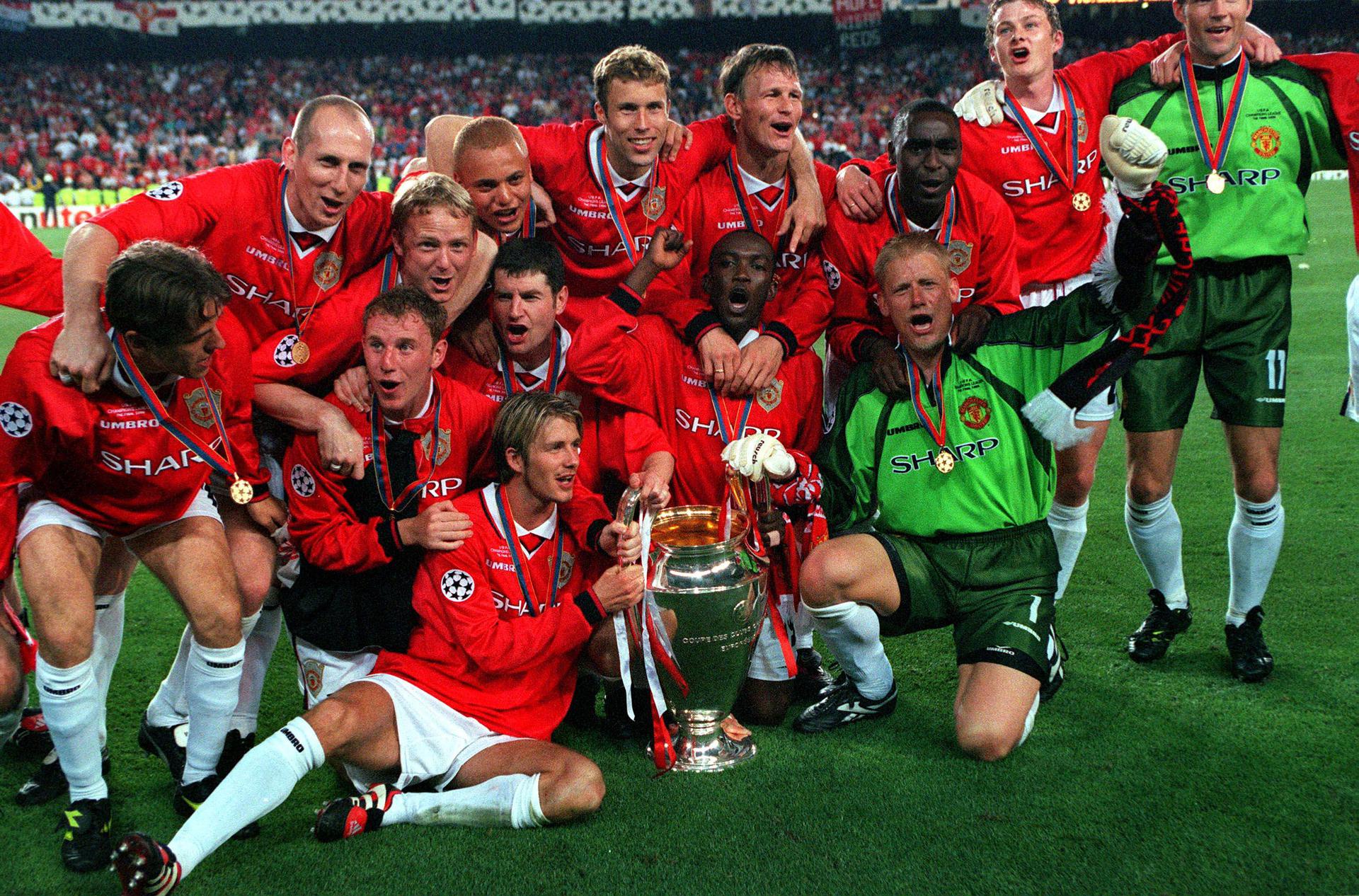 In the 1998–99 season, Manchester United became the first team to win the Premier League, FA Cup and UEFA Champions League – “The Treble” – in the same season. Losing 1–0 going into injury time in the 1999 UEFA Champions League Final, Teddy Sheringham and Ole Gunnar Solskjær scored late goals to claim a dramatic victory over Bayern Munich, in what is considered one of the greatest comebacks of all time. The club also won the Intercontinental Cup after beating Palmeiras 1–0 in Tokyo. Ferguson was subsequently knighted for his services to football.